Discworld is a comic fantasy book series written by the English writer Terry Pratchett, set on the fictional Discworld, a flat disc balanced on the backs of four elephants which, in turn, stand on the back of a giant turtle, Great A'Tuin. The books frequently parody, or take inspiration from, J. R. R. Tolkien, Robert E. Howard, H. P. Lovecraft and William Shakespeare, as well as mythology, folklore and fairy tales, often using them for satirical parallels with current cultural, political and scientific issues. The series is popular, with more than 80 million books sold in 37 languages.

Since the first novel, The Colour of Magic (1983), 40 Discworld novels have been published as of November 2013. Pratchett, who suffers from Alzheimer's disease, has said that he would be happy for his daughter Rhianna to continue the series when he is no longer able to do so.[3] The original British editions of the first 26 novels, up to Thief of Time (2001), had distinctive cover art by Josh Kirby; the American editions, published by Harper Collins, used their own cover art. Since Kirby's death in October 2001, the covers have been designed by Paul Kidby. Companion publications include eleven short stories (some only loosely related to the Discworld), four popular science books, and a number of supplementary books and reference guides. 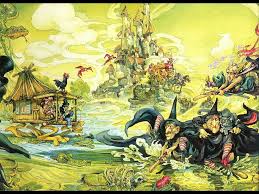 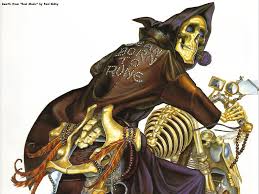 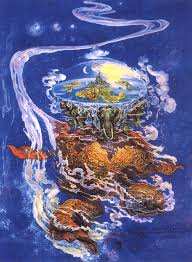